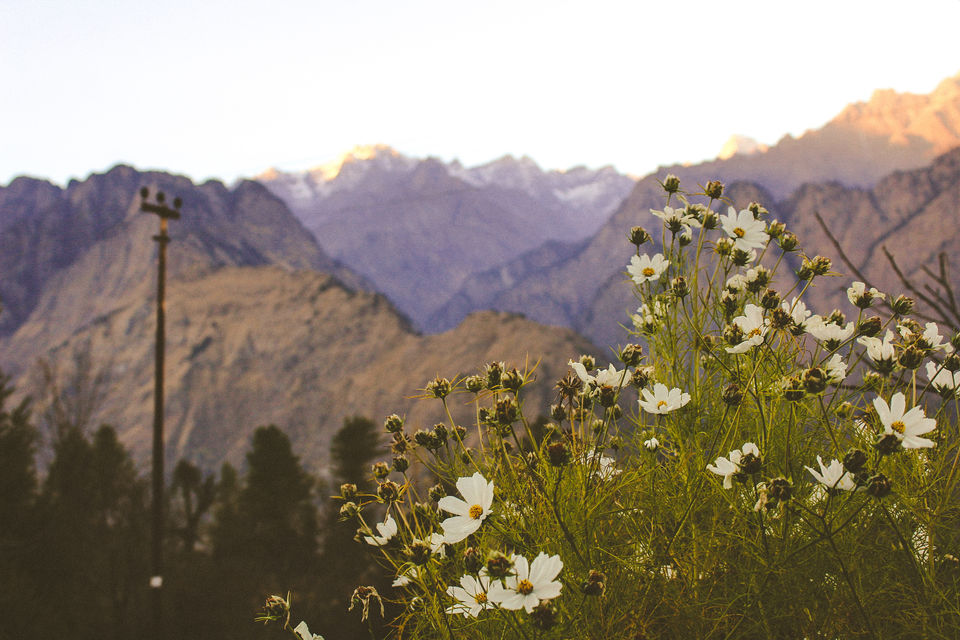 Ice-cream season is here and so is the love for mountains and beaches. Being from the second hottest place in India after Rajasthan, we are always tempted to travel to some other place during summer.

These are some of my favorite summer destinations where I like to escape every year. Which is your escape route?

In recent years, Ladakh has become just about the most popular tourist destination in India and a trip to this mountainous region will be one of the best summer escapes in India. It is because of the spectacular beauty of valleys like this that tourists flock to Ladakh for their summer holidays. Ladakh is a dream destination and one of the best places to visit in India for any adventure lover. April, May, June and July is considered the best time to visit Ladakh, which makes it one of the most beautiful summer holiday destinations in India. If adventurous paths, barren mountains, flying flags on the bridges is your vibe then you should not miss Ladakh this summer.

Ladakh, affectionately referred to as “Little Tibet”, is no longer India’s best-kept secret when it comes to tourism, and one of North India’s best summer getaways.

As one of the most popular tourist destinations in India for decades and a Bollywood favorite for filming, Kashmir boasts excellent infrastructure when it comes to tourism. Tourism in Kashmir may have been marred by controversy and unrest in recent years, but it still remains one of India’s best and most visited summer destinations. Shikara ride in srinagar, Gondola ride in Gulmarg, beautiful meadows in Pahalgam and snow capped mountains in sonmarg, if this is not paradise then what is?

7 sisters are Situated in the Northeast part of India. Choosing one place for this region will not be right, so these are some of my recommendations.

In India, Cherrapunji is one of the few tourist destinations where there is no low season. This is an ideal place for spending summer holidays and therefore attracts a large number of tourists from all over our country.

A popular attraction for tourists all year round, Masinagoudi is best visited during the summer months. One of the least populated cities in the state of Arunachal Pradesh. Underrated places are always full of  surprises.

Gangtok is undoubtedly one of the best summer vacation destinations in India and one of the most beautiful places on your trip to the North East. While the beauty of Gangtok lies in its snow-capped peaks, summer is certainly the best time to visit one of the best places to visit in India.

Nowhere else can you see the stunning scenery that has defined Meghalaya’s capital, Shillong, as the Scotland of the East. The exceptionally charming climate of Meghalaya makes it one of the best summer holiday destinations in India. To flaunt a theatrical mountain place; Surrounded by Himalayan landforms, lakes and swamps, the well-established administrative city is one of the top picks on our exclusive list of places to visit in India during the summer.

Manali is one of the famous tourist spots in India during the summer. As the summer crowd increases, Manali does not remain as calm as we generally want. Instead of Manali, you can choose Sethan. It’s about 15km away from Manali and takes about half hour to reach. Believe me when i say, the view from Sethan is heavenly, you will be in clouds and won’t regret this decision.

Known around the world as the home of the Dalai Lama of Tibet, Dharamshala is another fantastic summer getaway destination in India and is perfect for those who want to spend their summer among picturesque hills and lush greenery.

Rishikesh is one of the best summer holiday destinations in India as you will spend time on the banks of the Ganges River in the foothills of the Himalayas in Uttarakhand. The excellent bungee jumping and white water rafting opportunities in Rishikesh also makes it  one of the best summer adventure destinations in India. Camping is first and foremost the best option in Rishikesh where you can meet fellow travelers, share your stories and roll up your sleeves for the ultimate India summer vacation adventure. The holy city of Haridwar and Rishikesh boasts many travelers and is one of the must-see places in India during the summer.

Another quite famous summer destination is Auli near joshimath. Auli is quite famous as many summer treks start from there but even if you are planning for leisure, Auli is perfect. Auli has a 360 degree view of the snow capped mountains and the views are just breathtaking.

Clinging to a horseshoe-shaped ridge in the Kumaon Hills of Uttarakhand, it is one of the few places that has not yet been affected by rampant tourism and that is what makes it such a special North Indian summer destination.

Also known as the coffee capital of India, the city is dotted with Buddhist monasteries, beautiful viewpoints and shrines that attract tourists from all over the world. Coorg has earned a good position among the best places to visit in India during the summer.

Which is your favorite destination  out of these? Lets pack our bags and run away from this chaos.

View all posts by explorewithmohini